The story of Camp Crosley YMCA begins with the Ball Family of Muncie, Indiana.

In 1888, the Ball Family started manufacturing glass jars in Muncie, Indiana, this  beginning a long history of involvement in the Muncie community and the forming of what grew into Ball Corporation. These glass jars provided the funds for the philanthropic work that many Ball Family members have spent their adult life pursuing.

The Muncie YMCA started camping in this area in 1915 but always on borrowed land. Camp Crosley was founded in 1921 through a gift from Edmund B and Bertha C Ball as a memorial to their young son, Clinton Crosley Ball who died in 1910 at the age of 4. From the start it was one of the best programs and facilities in the state, and the Ball Family made sure that the boys that came to Camp Crosley had what they needed to grow strong in spirit, mind, and body. 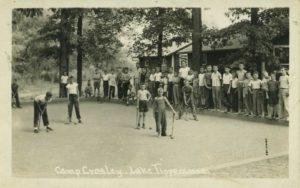 Camp Crosley ran as an all boys camp for members of the Muncie YMCA brought up on trolleys for their week of camp. Herbert Pettijohn, the first Camp Director, dedicated 40 years of his life to making sure that camp instilled of high standards into these boys. 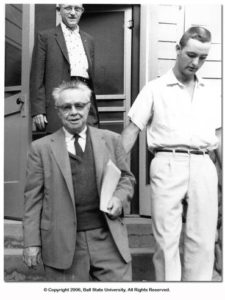 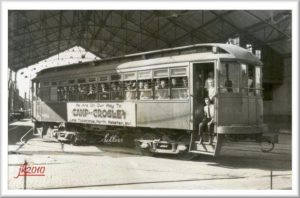 Those standards of Caring, Honesty, Respect, and Responsibility are still play a huge role of the Crosley camping experience today.

Camp Crosley was borne out of a rustic beginnings. The first kitchen consisted of a screened in tent with wood stove, the dining hall was a tent that could seat forty (camp capacity) at tables, and the cabins were dormitory style tents with wooden floors. 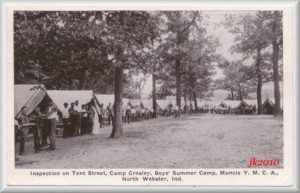 Camp was so successful that it was soon deemed necessary to purchase land and build permanent structures to continue to offer a quality camping experience.

In the early days, the boys were between ten and nineteen years of age (lowered to seven in the mid-1930s). In 1925, camp costs were $1/day for YMCA members and $1.50 for non-members, round trip bus fare was $4. This remained the cost until the late 1930s, and camp continued to thrive even through the Depression. In 1927, the first Father and Son Banquet was held and this continues to be a tradition as we host Adventure Guides and our own Father Son Weekends. In the late 1930s, camp had revolutionary steam-heated showers. This time was also monumental because the Chapel was constructed, dedicated to the example of Herbert Pettijohn. It held 250 people, and had a full projection system. 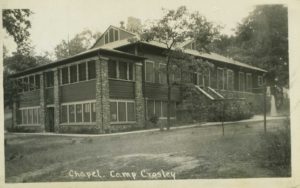 Wartime during the 1940’s inspired special projects at Camp Crosley. Governor McNutt described, “Camp life gives boys and girls a training in self reliance, utilization of skills and love of nature and outdoors…in war time, camp life is a Godsend.” The camp fee in the 1940’s was $11 per week. 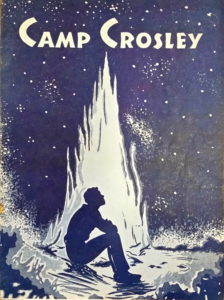 In 1962 Camp Crosley integrated, and in 1968 females were admitted to camp. Also in the 1960s, camp began to be used other than the summer months as well, mostly by high school bands, for their practice. In the late 1970s camp began to be winterized and is currently completely winterized. In the early 1980s, the location of camp and the use of the lake was threatened as the wetlands area across the lake was due to be dredged, filled, and developed. Lake area residents started fundraising efforts to see to it that this land would not be developed. The Ball Family also once again stepped in and assisted in purchasing the 220-acre Nature Preserve in order for it to remain as a preserve and to forever help protect the water quality of our lake. 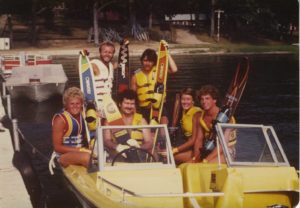 By 1985, Camp Crosley YMCA had seen 65,000 campers. Camp fees by this time were $145/week and transportation was $20 round trip. In the mid 1980s camp started being used as a venue for Outdoor Education and continues to be well utilized today through April, May, August, and September. In the early 1990s, to support the camp’s continued desire to teach environmental education, a Nature Center was established and the Observatory was acquired in cooperation with the Warsaw Astronomy Society. 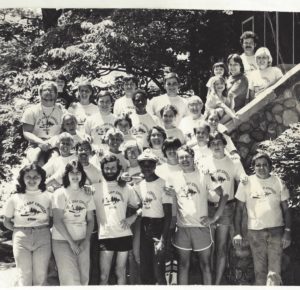 In the late 1980s, programs for adults began to be offered, such as Wellness Weekends and Family Camps – still a favorite today. Day Camp began in 1995, encompassing many features of our award-winning Resident Camp. 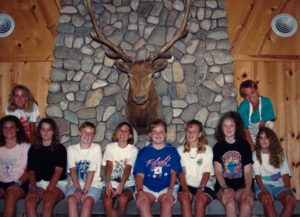 As Camp Crosley was bursting at its seams in the early 2000s, with support from the lake community, Crosley was able to purchase Camp Dick Runyan in 2007 from the Huntington YMCA. Through this partnership, construction began late 2007 for the KIVA (a large multipurpose building – housing storage, bathrooms, kitchen, gym/dining hall, and classroom space), and 8 yurt-style cabins. The original arts and crafts building  was been renovated into our Arts and Crafts Center. The existing Manager’s House/office was renovated and now houses the Associate Executive Director. The nurses cabin is used as camper housing. The pavilion is still used for gatherings/campfires. The North Teen Village opened mid-summer 2008. 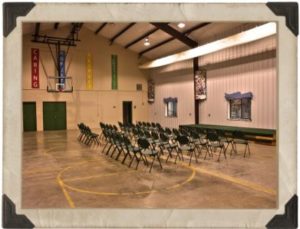 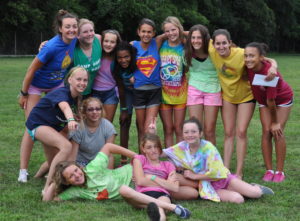 Camp Crosley annually provides facilities and programs for various community events and give $100,000 per year, through our YMCA’s Annual Campaign, in scholarships for children to attend our programs.

The Ball family today continues their long tradition of philanthropy to Camp Crosley YMCA. Most recently, they have given a large donation to fund Camp’s H2Whoa Zone, a new pavilion, and a new Welcome Center.

For Crosley, God, we thank Thee, for the chances we’ve had here. May we have strength and guidance, may we all be back next year.– an excerpt from “The Last Campfire,” written as a tribute in 1932 and still read to this day at the closing campfire on Friday evenings by the Summer Camp Director. 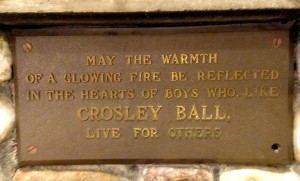 Throughout the years many things may have changed here at Camp Crosley, but the one thing that has not changed since 1915 is our central focus –  Live for Others. 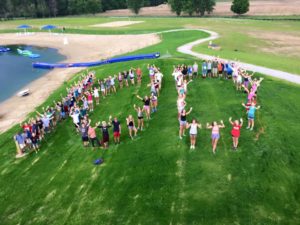